I brought this on trademe recently. I am in the process of preparing it for racing. 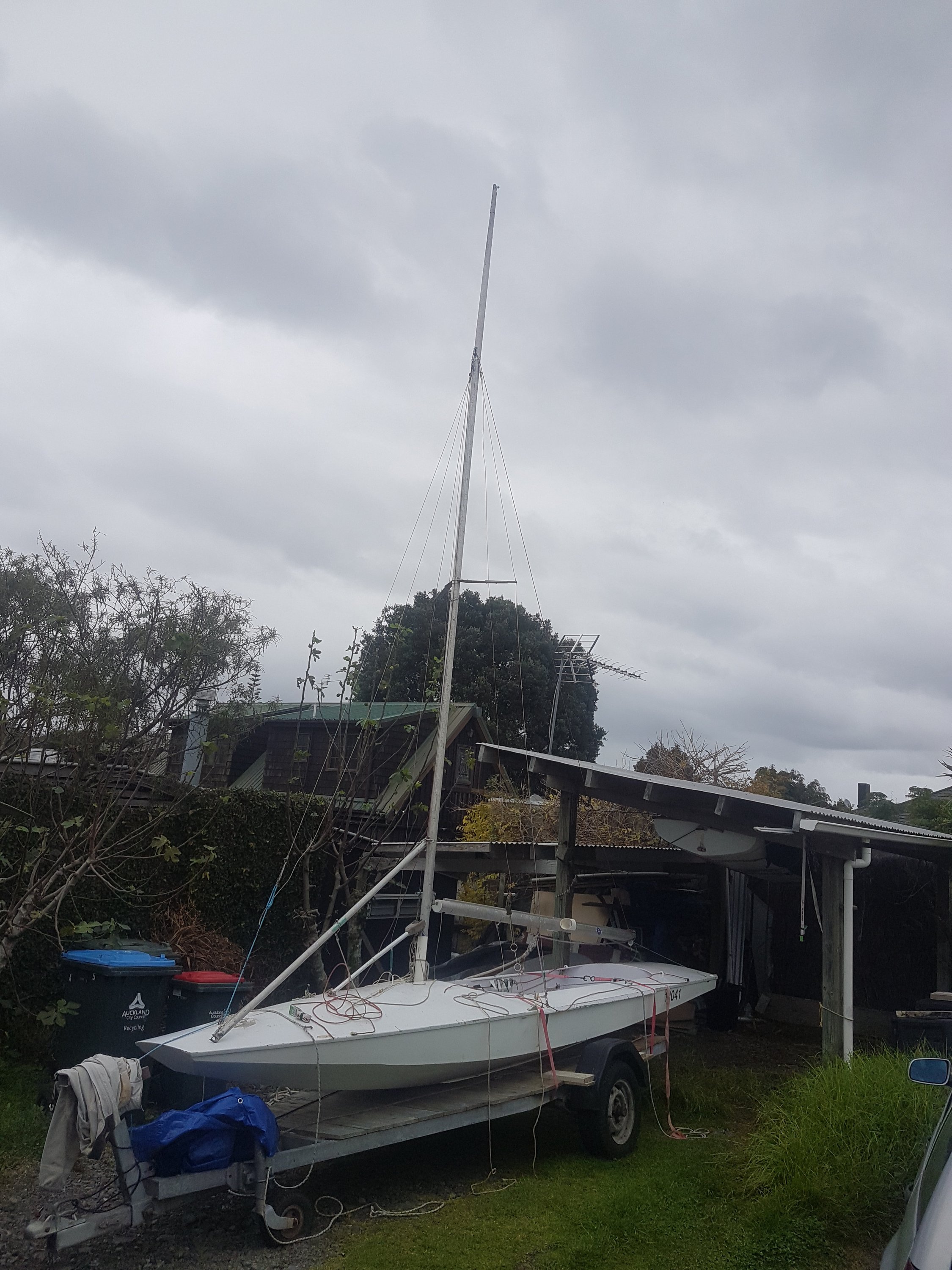 The purpose of the dinghy is to race in open fleet racing at the Point Chevalier sailing club. This is Sunday sailing and we will not see another Fireball in the fleet. The boat will race against well sailed lasers that will do much better than their Portsmouth numbers suggest and variety of other less well sailed craft such as RS feva dinghies and the occasional twentyniner. The fireball crew are quite elderly and because of the boats age and the age of the crew we will probably not sail it in wind speeds of more than 16 knots or so. The aim is to get all the original systems on the fireball working and where necessary to put some new systems in to make sail handling easy. The systems are all there but it is clear that the owner who originally set the boat up had much more knowledge than the subsequent owners. So some systems, spinnaker etc, have not been used for a while. 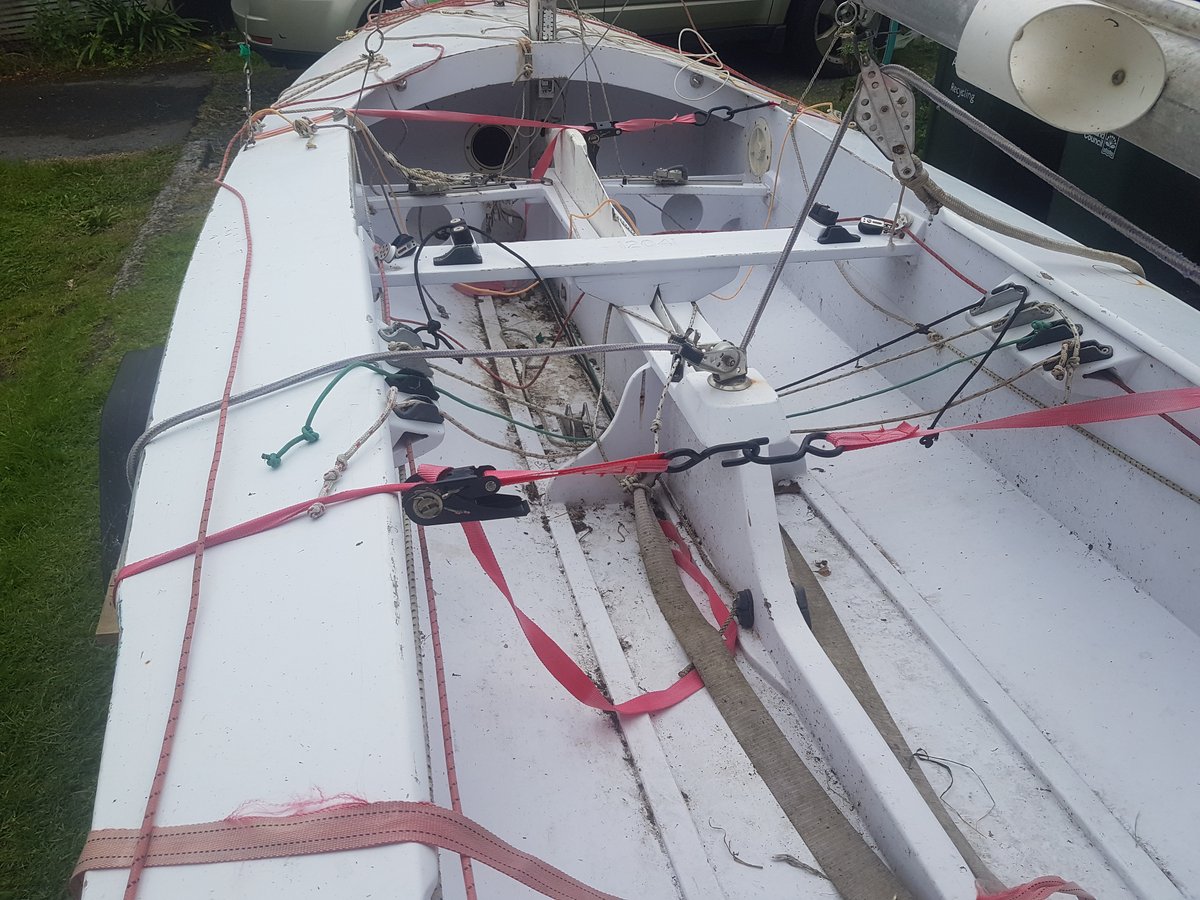 The only system that I'm planning to not have this point in time is the barber haulers on the jib sheets.

There has been some progress so far. The boat has been rigged as a trial and a place to store it has been found. It is hanging in an airy situation under cover which should be quite good for its longevity. Some broken ply on the foredeck has been repaired, where somebody unwisely stood on the deck. The rest of the ply is in good condition with no rot. I've also applied an epoxy sealer to areas of exposed wood on the boat so that it doesn't deteriorate further. Because of the complexity of the boat, and lack of rigging diagrams on fireball websites I have been making my own rigging diagams, system by system.